Home of Your Choice...Not Easy to Afford. 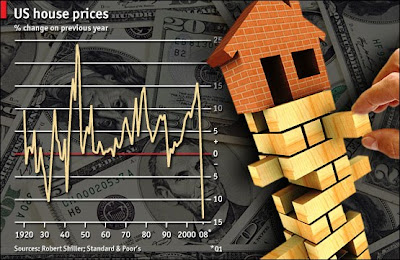 As most of the economists have said and are still saying that are economy is getting better. Is it really getting better? Research has shown that some areas are getting better and some are still the same. Such as, housing or real estate market is not doing really good. Real estate market was satisfactory around the month of September but now the housing prices are going down. Which is a matter of lot of people: personally and professionally. Due to the financial crisis many people cannot afford a house of their choice. Government came up with different ideas so people can buy the houses. Such as, in addition to relatively low prices and attractive mortgage rates, the housing market has been supported in recent months by a temporary government tax credit for first-time homebuyers. On the other hand, many home owners are facing problems in keeping their houses due to increase in the mortgage rates. It is an increasingly common question facing homeowners, many of whom have seen their properties lose large amounts of equity in recent years: would you give up a home that is considered to be “underwater” even if you could still afford the monthly payments? In a telephone survey of about 1,000 homeowners nationwide and found that when a mortgage exceeds the home’s value by less than 10 percent, strategic defaults are rarely considered. But if the home’s value dropped to half of the mortgage amount, 17 percent would abandon the loan. It is hard to consider any one source, because some studies are showing that housing prices are going down and some are showing that they are going up.