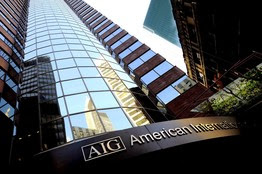 Why didn’t Geithner think of this?

The headquarters of American International Group is being turned into luxury housing. And the real-estate developer who bought AIG’s headquarters is about to make a killing on the project, says Fox-Pitt Kelton real estate analyst Robert Stevenson in a research note this morning.

The developer, Young Woo, is planning to turn the top 40 floors of AIG’s 66-story headquarters near Wall Street into pricey condominiums. Woo bought the building from AIG in May for $150 million. That translates into a per- square-foot cost of $105. Stevenson estimates Woo could sell condos in the building for at least $1,000 square foot. (Woo says he can sell the units for $2,000-a-square foot, but that seems high for all but the top floor units, which would command spectacular Manhattan views)