Real Estate: Affected By The Economy 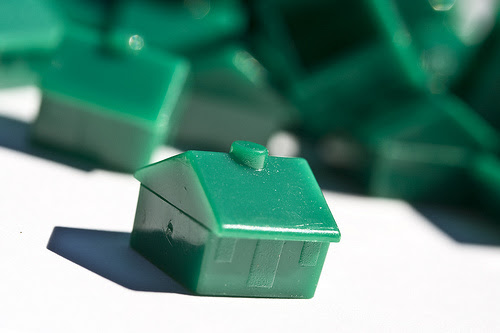 The real estate market has been dropping quickly in recent years due to economic hardships but Sue Kirchhoff from USA Today says that “the situation appears to be getting worse”. Real estate values have significantly declined and Kirchhoff states that “contractors, investors and developers are bracing for what could be the worst real estate crunch since the early 1990s, when the industry built a small city's worth of speculative office buildings that later went begging for tenants”. Real Capital Analytics also adds that commercial property sales have decline by 73% from the previous year, which is a huge decrease. Prashant Gopal from Real Estate News states that mostly just subprime borrowers and speculators were hurt by the real estate crisis in 2008 but in this year, it is affecting everyone. New home sales are at their lowest level in 17 years and it is expected that in the next 4 years, 8 million homes will be foreclosed. It is also estimated that housing prices across the country will fall 12.5% next year. As a daughter of a construction worker, I know firsthand how the bad economy has affected real estate and the people who work with it. Ben Bernanke has said that the economy is beginning to recovery but it seems that it will take real estate a while more to begin to do well again.
http://www.businessweek.com/lifestyle/content/dec2008/bw20081223_927689.htm
http://www.inman.com/buyers-sellers/columnists/berniceross/real-estates-new-karma-economy
http://www.usatoday.com/money/economy/2009-01-11-commercial-real-estate_N.htm
Posted by group2b at 4:59 PM