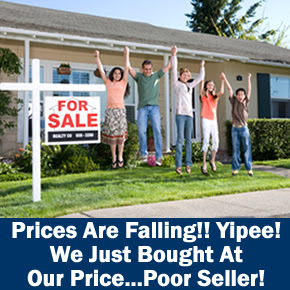 When it comes to real estate, a million dollars doesn’t buy you what it once did. Now it gets you a lot more. According to the Associated Press, “During the housing boom, prices rose so high and so fast that even cookie-cutter homes in the paved suburbs of South Florida and California could cost a cool million. In Santa Clara, Calif., a high-tech hot spot, the median price hit $836,780 in 2007 (2009).” For the people who still have money even after the recession hit, this is the best time for them to purchase luxury real estate. “In the 20 largest U.S. metro areas, about 2,800 homes sold for more than $1 million in July — down by more than half from July 2005, according to MDA DataQuick. Nationwide, overall home sales were down about 27 percent, according to the National Association of Realtors (2009).” Homeowners looking to sell are putting the brakes on lowering their asking prices dramatically, indicating that the real estate market may be closer to salvation than everyone thought. In 20 major US housing markets, the percentage of homes that have suffered price reductions is starting to drop.
If you’re looking to buy right now, there is a wide selection of properties to choose from. According to Florida Today, “Slumping real estate prices have brought back a market segment that seemed to have all but disappeared during the rapid price acceleration earlier in the decade. The availability of the price point comes just in time for first-time buyers hoping to close on a home by Nov. 30, the final day to qualify for the federal government's $8,000 income tax credit (2009).”
Sources: http://www.google.com/hostednews/ap/article/ALeqM5inqwDvP3vJn6sB15FKKpz0sORSwAD9AV3GE84
http://www.msnbc.msn.com/id/32970895/ns/business-forbescom/
http://www.floridatoday.com/article/20090927/BUSINESS/909270311/1006/news01/Real+estate++Low+prices+attract+new+buyers
Posted by group1b at 11:48 AM