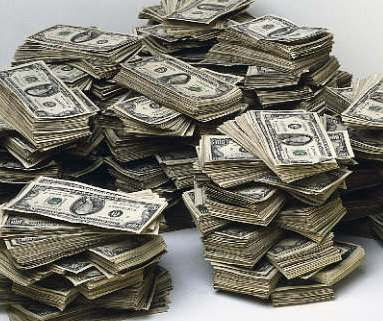 Posted by Adam Lindheim group 6a
Written by ADRIAN SAINZ

A million dollars doesn't buy you what it once did. In most U.S. neighborhoods, it now gets you a lot more.

During the housing boom, prices rose so high and so fast that even cookie-cutter homes in the paved suburbs of South Florida and California could cost a cool million. In Santa Clara, Calif., a high-tech hot spot, the median price hit $836,780 in 2007.

That was a long way from the days when a million-dollar home evoked images of marble columns and swimming pools with vanishing edges. Subprime loans allowed more people than ever to buy houses that were once above their means. Higher demand fueled ever-higher prices until the spigot of cheap money was turned off and the housing bubble burst. The recession forced many well-heeled buyers into unemployment lines. And sales of homes over $1 million cratered by more than 50 percent from the peak four years ago.

"Everyone has less money than they once had," said Amy Wright, an agent with The Real Estate Office in Rancho Santa Fe, Calif. "That has certainly affected the nouveau riche, and that's definitely in that $1 million price point."

For people who do have the money, however, it's the best time in years to buy luxury real estate.

Rancho Santa Fe is a luxury enclave in San Diego County that has over the years lured the likes of Howard Hughes and Bill Gates. Equestrian trails border golf courses, and the most expensive home on the market is listed for $29.9 million.