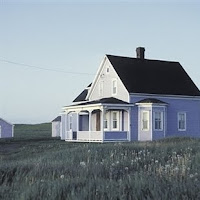 Consumers with sufficient credit scores to qualify for a mortgage have benefited this year from a popular government tax credit that provides further incentive for first time homebuyers. However, the $8,000 credit is expected to expire on November 30, which has some would-be buyers scrambling to get their financial affairs in order to qualify for the incentive. With that in mind, an organization representing many of the nation's real estate professionals is calling on Congress to extend the tax credit. According to the National Association of Realtors, 350,000 people who would not have otherwise purchased a home did so because of the tax credit. The NAR is highlighting the credit as a valuable part of an emerging economic recovery, while warning that allowing it to expire could weaken consumer demand for housing at a crucial time. "The credit needs to be available for an additional period of time in order to sustain the progress that's been made so we can continue to see our markets fully recover," said NAR President Charles McMillan. A New York Times report this week noted that the NAR would like to see the credit extended until at least next summer, although it cited concern from some opponents who worry that program could end up lasting indefinitely, adding to an already large federal deficit in the process. Consumers have had various obstacles when it comes to selling their homes. Falling real estate prices have left many underwater on their mortgages, making it far more difficult for them to sell existing properties in favor of news ones. The credit crunch has also taken a toll as lenders have tightened their standards, leaving many buyers out in the cold despite the low prices that have characterized the market in recent months.