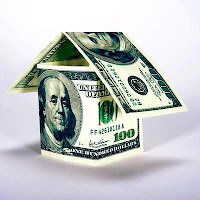 We've all learned not to get too far out ahead of occasional spurts of good economic news, and not to assume too early that the long-awaited real estate turnaround has arrived.

But for the past few weeks the positives have been significant and sustained. You really can't ignore them.
Take mortgage rates and new loan applications. Rates hit their low point in decades last week, and it looks like they're going lower in the wake of the Federal Reserve's announcement that it plans to pump hundreds of billions more into mortgage securities.
Average thirty year fixed rates dropped to 4.89 percent, according to the Mortgage Bankers Association's latest national survey. Fifteen year rates hit four and a half percent with one point.
Not surprisingly, loan applications are rocketing. Last week they were up by 21 percent over the previous week and are now 31 percent higher than applications were at the same time in 2008. A lot of the volume is for refinancing, but applications for home purchases are up as well.
Meanwhile, housing starts took a surprise jump of 22 percent in February over January's depressed levels. Most of the increase was attributable to apartments and condominiums, but single family starts were up by one percentage point, and new home permits were up by 11 percent, after months of sharp declines.