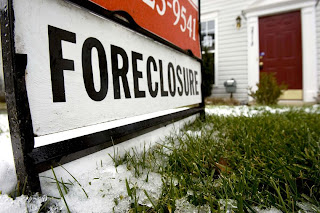 
It seems as though the mortgage crisis has been talked about for months on end, but little has been done to try and fix the situation. That is until now. On March 3, 2009, the Obama administration detailed its plan to help homeowners at risk of losing their houses. A program that officials say could help three million to four million families avoid foreclosure. A program that is expected to cost $75 billion over the next several years.

As part of the plan, both Fannie Mae and Freddie Mac (government controlled mortgage-finance companies) must refinance homeowners at today's low market rates. The participation of the aforementioned companies is expected to help as many as five million homeowners.

The program is designed so that a mortgage lender would first receive cash incentives to modify a borrower's loan so that the monthly payment declines to no more than 38 percent of the household's gross monthly income. Followed by the government matching the lender's cost in reducing payments to as low as 31 percent of monthly income. This could allow for some borrowers to reduce their interest rates to as low as 2 percent.

Rather than injecting billions upon billions of dollars into financial and auto institutions, I believe this is the clear cut path to recovery. It is trying to fix the problem at its core.