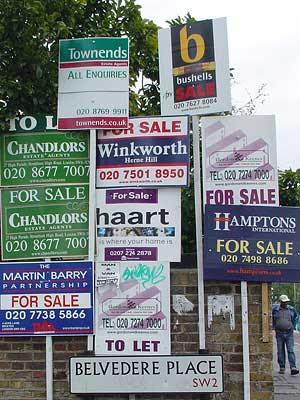 The “For Sale” signs are just starting to sprout, but already experts worry that this spring home-buying season will be even grimmer than the last.

Despite tentative signs of recovery in hard-hit areas like California and Florida, the broader housing market is far from reaching bottom, economists say. Across much of the nation, prices are likely to keep falling into 2010.

So this March-to-June season, when most homes are bought and sold, will be bad, perhaps the worst since the market began to spiral down in 2006.

Across the nation, 19 million houses and apartments — nearly one out of every seven — are vacant, the highest percentage since the 1960s. But only about six million of those homes are for sale or for rent. That means millions more could still flood onto the market, depressing prices further.

For would-be sellers, the bad news keeps coming. This week, one new report showed that one in nine mortgages was delinquent or in foreclosure, while another showed that January contract signings for sales of previously owned homes fell at their fastest pace in two years.

On Wednesday, the Obama administration announced details of a plan that will pay banks to lower monthly payments for troubled borrowers, hoping to avert millions of foreclosures and keep more homes occupied. Despite that effort, most analysts expect the outlook to worsen.

Click to Read More
Posted by group4b at 2:43 PM