The Decline and Fall of the Bachelor Pad 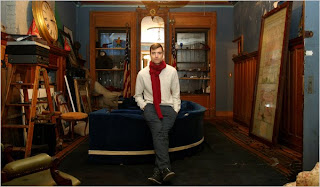 BACHELORS always seemed to have it made. With only themselves to support, they could flash their cash and trick out their apartments in such a way that James Bond himself would feel at home shaking himself a martini in their ultra-cool, chick-magnet pads.

Then the recession thundered in, and suddenly young men found themselves one of the hardest hit demographic segments.
In 2008, the unemployment rate for men ages 20 to 34 in New York State was 7.4 percent. The countrywide average was 7.7 percent, while the state average for women in the same age range was 6.1 percent, according to the United States Bureau of Labor Statistics. (Numbers for 2009 are not yet available.)
Bachelors have been walloped, but many are taking their lumps and moving on.

Click Here to Read More
Posted by group2b at 7:24 PM