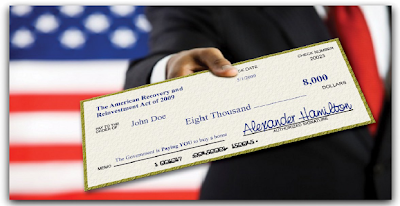 The $8,000 credit was scheduled to lapse on Dec. 1 but will now be in effect through the end of June. Homebuyers must sign a contract before April 30 and close by June 30. The income limits were also raised: Single buyers can now earn up to $125,000 and still get the full credit while a married couple can earn $225,000.

The bill also made more homeowners eligible to claim the credit on their taxes. First-time buyers -- those who have not owned a home in the past three years -- still qualify for an $8,000 rebate. But now people who want to trade up can also qualify. Those who have owned and occupied a residence for at least five years out of the past eight can claim a $6,500 tax credit if they close on a purchase by the end of June.
Click here to read more...
Posted by group3b at 8:58 AM