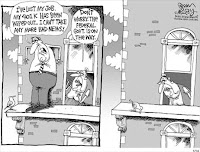 WASHINGTON (CNNMoney.com) -- The Treasury Department unveiled its long-awaited plan to remove many of the troubled assets from banks' books Monday, representing one of the biggest efforts by the U.S. government so far aimed at tackling the ongoing financial crisis.

Under the new so-called "Public-Private Investment Program," taxpayer funds will be used to seed partnerships with private investors that will buy up toxic assets backed by mortgages and other loans.

The goal is to buy up at least $500 billion of existing assets and loans, such as subprime mortgages that are now in danger of default.

Treasury said the program could potentially expand to $1 trillion over time, but that the hope is that it would not only help cleanse the balance sheets of many of the nation's largest banks, which continue to suffer billions of dollars in losses, but help get credit flowing again.