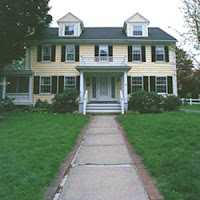 NEW YORK (CNNMoney.com) -- Sales of existing homes unexpectedly rose in February, recovering from a sharp drop in the previous month, according to an industry report released Monday.

The National Association of Realtors said that existing home sales rose last month to a seasonally adjusted annual rate of 4.72 million million units, up 5.1% from a rate of 4.49 million in January. February sales were down nearly 5% from year ago levels.

Economists surveyed by Briefing.com were expecting existing home sales to decline to 4.45 million.

The report said first-time buyers made up half of all purchases in February, and that sales of distressed properties accounted for about 45% of all transactions.

Sales were unexpectedly strong in the West, with activity increasing more than 30% over last year. Click here to continue reading...