A glimpse of hope in a struggling market 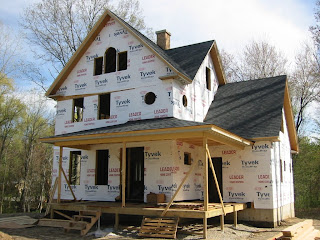 The housing market has been in turmoil for about a year at this point, and it seems like nothing can put an end to it. However, a bit of good news regarding the housing market was seen in February, as the number of housing permits issued, and the number of new houses being built rose from January. The rise in new homes being built put an end to a grueling 8 months of decline according to reports from the United States government. In fact, construction of multi-family homes rose 80% to 212,000 from 118,000 in January. The surge in new construction is a welcome sight to many, and is considered to be a sign of a strengthening housing market.
However, many economists believe that this resurgence in construction could be attributed to the relatively low cost of materials. Since the housing market has been in shambles for over a year, the cost to build a new home has significantly decreased. The combination of lower cost materials, low mortgage rates, and cheap contractor fees provide an ideal situation for many people looking to build a new home. Though the rise in new home construction is a good sign for the economy at the moment, experts like to point out the fact that construction is still down 50% from February 2008.