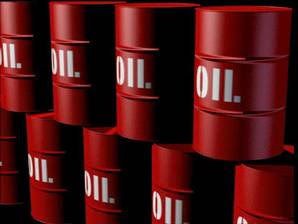 (Money Magazine) -- It was only a year ago that commodity investments were all the rage. Oil prices were on their way up to $145 a barrel, from as little as $50 in 2007. With red-hot numbers like that, the financial services industry cranked up the marketing machine. Advisers touted commodities as an essential new asset class, right up there with stocks and bonds. New exchange-traded products let you track the price of oil and other commodities. In the first six months of 2008 a record $2.7 billion flowed into commodity-based funds, according to Morningstar.
You know what happened next. As the global economy slumped, demand stalled. Since last July, the Dow JonesAIG commodity index has fallen 56%.
After such a free fall, two obvious questions come to mind. First, was all the hype about commodity investments just a sucker play? Or is it possible that, with prices down so far, there are bargains to be had?
In fact, a case can be made for commodity-based investments now. But just as important, you should know you really don't have to go there. Chances are, you have exposure to commodity prices in your portfolio already. For those with the stomach for a roller coaster ride, though, an investment of 5% or so of assets in a commodity-based mutual fund could give your portfolio extra pop.
What's more, because commodities don't usually move in sync with stocks and bonds - the past few months notwithstanding - they are good diversifiers. They may lower your overall portfolio risk in the long run.
The bargain hunters' case
Commodities are simply the basic ingredients of modern life, from oil and industrial metals to livestock and coffee beans. They often do well when the economy is running hot, and they can give you some protection against a spike in inflation. (After all, you'll own some of the stuff that's getting more expensive.)
Hang on. A hot economy? Inflation? We're in a global recession, and the big concern of many policymakers right now is deflation. But that's the whole point. "The time to hedge against inflation is when people aren't concerned about it - and that's right now," says Chris Cordaro, a financial adviser in Morristown, N.J. And there is reason to think that when the price trend reverses, it will be in a big way.
For one thing, just as demand is falling, supply may be about to get tighter, especially in energy commodities. Oil-producing countries have recently announced massive production cuts. "In three to five years' time, I would not be surprised to see oil prices at $100 to $150 a barrel, or even higher," says FPA Capital fund manager Robert Rodriguez.

It's not just oil that stands to benefit from short supply. The credit crisis has meant that producers of everything from zinc to lead to soybeans have stopped investing in new production. That bodes well for commodity prices when the economy starts to recover.
Finally, let's assume that the Federal Reserve's and the government's efforts to stop deflation actually work. It's quite possible they'll overshoot. "If the economy catches gear, I'm afraid we could have a major inflation problem in the years ahead," says Brian Wesbury, chief economist at First Trust Advisors.
To read more: http://money.cnn.com/magazines/moneymag/moneymag_archive/2009/04/01/105787142/index.htm?postversion=2009032306
Posted by group6b at 2:23 PM