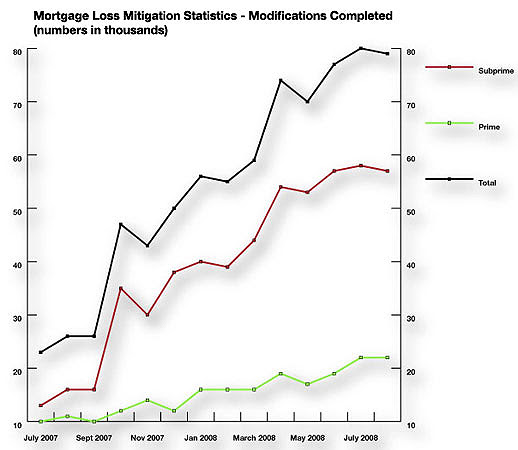 Times are hard especially for those trying to pay mortgages they cannot afford. Unfortunately, even homeowners given modified mortgages are still facing troubled times. Obama has pledged anywhere from $50 to $100 billion in stimulus efforts to help those defaulting on mortgages and facing foreclosures, however, the bigger question is when and how is this plan going to pan out?

An article from Washingtonpost.com by Renae Merle entitled, “Just a band-aid on the Foreclosure problem,” looks at was has been done in the past to help these homeowners and just how helpful past plans have actually been. For the last year and a half the banking industry has been working with homeowners to modify their mortgages and hopefully forgo foreclosing.

Merle’s article had some very discouraging statistic saying that the average remodification actually adds $10,000 to the principle owed by the homeowner leading to much higher re-default rates.

It is clear that past solutions to the mortgage problem have not been successful. Freddie Mac has recently announced a new plan to help with these delinquent borrowers, which you can read more about here. Hopefully Either Freddie Mac or Obama’s administration will do a better job than the banking industry has done in the past.