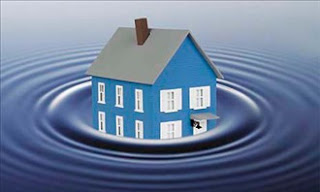 By Joe Alberici
The rapidly unfolding crisis in financial markets could make it harder for many buyers to get loans, and could make some types of loans more expensive, experts say.
The nation's credit crunch had started to show some small signs of relief recently, with the number of mortgage applications edging up on declining rates and a government bailout of Fannie Mae and Freddie Mac.
But that glimmer of hope was dashed this week as investors around the world watched the U.S. financial markets stumble badly: Lehman Brothers Holdings filed for bankruptcy protection; Wall Street icon Merrill Lynch agreed be acquired by Bank of America; the federal government agreed to bail out insurer AIG to the tune of $85 billion; and the Fed declined a rate cut.
The most recent news — Treasury Secretary Henry Paulson's proposal to establish a government entity to absorb lenders' bad debt — contributes to the confusion over what will happen in the housing market. "They haven't really addressed how that's going to affect the mortgage market," says Jon Eisen, a San Diego mortgage broker and certified financial planner.
Click to read more.
Posted by group8a at 11:25 AM