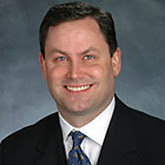 Breaking news this morning, April 22, 2009, Freddie Mac's Chief Financial Officer, David Kellerman, was found dead in his home early this morning. Freddie Mac is a government sponsored enterprise that was created in 1970. Freddie Mac expanded the secondary mortgage market by buying mortgages on the secondary market and sells them as mortgage-backed securities for people who are in investing in the open market.

Freddie Mac had disclosed in its recent SEC filing that the company received a subpoena from the U.S. Attorney's Office searching documents pertaining to accounting and the disclosure of corporate-government matters. The subpoena was later withdrawn and Freddie Mac disclosed that information and it got turned over to the U.S. Attorney's Office in Virginia, where David Kellerman lives.

David Kellerman's wife reported to the local police that his death was a committed suicide. The police are doing a full investigation on the possible death of David Kellerman. David Kellerman is assumed to most likely have had a meltdown in regards to the $60 billion bailout and the accounting errors representing Freddie Mac.