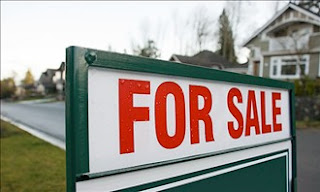 A tax credit for home purchases is raising the hopes of the real-estate industry, which believes the credit could be just the stimulus needed to stabilize the housing market and get hesitant buyers to take the plunge.

A provision included in the Senate version of the recently passed stimulus bill would provide a tax credit for 10% of the purchase price of a home, up to a maximum $15,000. The measure would have to win backing from the House, which last week voted to repeal a provision that requires an existing $7,500 tax credit to be repaid over 15 years. That credit, which has income limits, applies only to first-time homebuyers, who last year accounted for about 40% of all buyers, according to the National Association of Realtors.

The idea behind the broader Senate plan is to lure fence-sitting potential homebuyers like John Westerdale, a 47-year-old information-technology worker who has been shopping for a home for a year but has been reluctant to finalize a deal because of falling home prices. Sunday, he planned to visit a four-bedroom home listed at more than $500,000 in Ringwood, N.J., and said that if the credit is included in the final package, he'll speed up his plans to make his first home purchase. The tax break, he says, could help offset the possibility of further declines in home values. "The problem is, if you buy a house you'll have lost value in two months," he says.